Thirty-year-old Margo Steines wrote an achingly personal essay in the October 27, 2013 Sunday Review section of The New York Times. “Recalling Painful Lessons in Forgiveness” begins with Margo ministering to her mother’s wounds after Margo’s Rottweiler attacked her. Apparently, Mom had reached her hand into the car and the dog bit it, but good. The result was a bloody mess. This incident is a lead-in to the daughter’s guilt over the pain she caused her mother through the years, triggered in the present by her failure to warn her parent “not to reach her hand into the car.”

By her own admission, Margo was a problem child.  She recollects a “scrap of loose-leaf paper” on which her mother wrote “You were our dream,” during a family day at one of her rehabs.  Far from being a dream, the list of Margo’s nightmare behaviors is daunting:

It’s clear in the essay that this Marlboro-smoking daughter is conscious of her own wish to have a “beautiful child who will love me and grow strong, proud and capable. . .  .” Isn’t that every would-be parent’s vision?  Things do not, and will not, always work out that way, however. That is a message we promulgate in our book, Enough of Us.

Having a drug-addicted, acting-out child is a “smasher” as Steines describes it. She remembers her mother searching for her in downtown S-and-M clubs; at home on her hands and knees “scrubbing up my messes, wondering if I’d ever be O.K.”; dealing with the frustrations of the insurance system related to “the fancy Connecticut rehab center she sent me to”; and her mother arriving at the hospital “while I was getting an overdose pumped from my stomach … knowing I had tried to throw away the life she had given me.”

This story is not uncommon. Considering the most recent statistics, more youngsters seem to be turning to drugs and therefore to some seriously dysfunctional behaviors.  The National Institute on Drug Abuse reported this development in the Monitoring the Future (MTF) survey of 2012 in the article, “Drug Facts: High School and Youth Trends.” The report states: “Marijuana use by adolescents declined from the late 1990s until the mid-to-late 2000s, but has been on the increase since then. 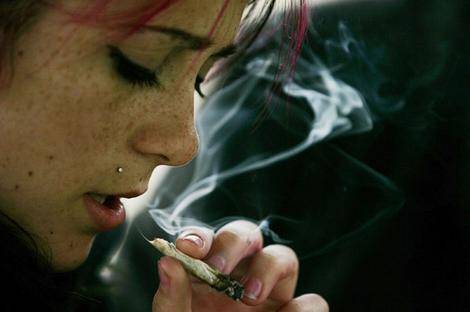 Nonmedical use of prescription and over-the-counter medication is also on the rise among teens and contributes significantly to their drug problems. The most commonly used prescription drugs by young people are Adderall (stimulant) and Vicodin (pain reliever).

What does all this mean? The underlying message is that bearing and raising children can cause great strife, especially in an age where drug use is common; and especially during a time when medical marijuana, although helpful for the sick, is not great for young people whose brains are still developing. Would-be parents who believe that bearing children will make their dreams come true should think twice, and then think again. While their kids are likely to bring more pleasure than pain, the odds are not overwhelmingly in their favor. They need to ask themselves: Am I really up to the task?