[Sonia Burke lives in Portugal. She writes this essay in response to our September 4, 2013 column, “No Progeny Necessary – The Boon of Boomer Communities.” (https://www.enoughof.us/no-progeny-necessary-the-boon-of-boomer-communities). For background, we suggest you to read that column first.]

In Europe there has been considerable debate about aging population and the sustainability of the welfare state. The question is, can nations afford pensions and national health care? But instead of presenting people with real solutions, we continue to hear that the solution is breeding more people.

I’m childfree and I am sticking to that. What troubles me is the lack of will to put forward ideas that will accommodate the ever-increasing number of senior citizens and ensure their care. It doesn’t have to come from the public sector. In fact, it probably shouldn’t. But I am sure government incentives could give the private sector reasons to create appealing spaces in which those at the later stages of life can live and socialize, in contrast to the depressing elderly care homes that none of us would like to see their parent in.

Ironically, while opting out of motherhood was very clear to me, I failed to realize that I should have a say when it comes to looking after my own parents. My parents were both 40 years of age when I was born. Having had my maternal grandmother living with us–and my paternal grandmother living at my aunt’s – this idea should have at least crossed my mind. Still, perhaps my mind was assuaged by the fact that my mother vowed never to put me through what her mother had put her through. And, let’s face it, if someone was difficult in their younger years they won’t have cute and cuddly personalities as they age. You can tell a child to go to their room, scold them for misbehaviour and expect they don’t repeat whatever they did wrong again. You can’t do that with a parent.

I love my mother and my late father. When my father died we invited my mother to come live with us (we live around three hours away from her village). As you can imagine, when a death happens suddenly you don’t have time to think about such sensitive issues with a clear head. I lost my father when I was 25 and my life was just starting to unfold. His death brought it all to a halt. Neither my husband nor I imagined this would be a permanent thing. But at the time we felt the right thing to do for my mother was to invite her to live with us. Without much thought I was repeating what my mother did with her own mother, thus ensuring that I brought into my home and my marriage the very same atmosphere I’d experienced growing up. It was not pretty. Luckily, not having children stops me from any possibility of doing the same to someone else. Phew.

After 10 years living with us, and a marriage that came far too close to ending, I had to tell my mother the arrangement wasn’t working.  Since she continues to be very healthy in every way, she’d have to split her time between our house and hers for all our sakes. This was heart-breaking and still is. No child, and no young couple, should be put through this decision.

My mother used to say she’d go to a nursing home when she needed one, although now it’s a whole different story; it’s a taboo subject. If I try to discuss the future with her, we don’t get anywhere. I need to leave my country soon (as many are doing throughout southern Europe to find work) and I ask when are the governments going to start helping adult children and face the issue that many seniors need to make arrangements for their future? Many of these elderly, like my mother, are still perfectly capable of making decisions. But nothing  worth considering is being offered to them. You’d have thought that investors would gather around this new demographic reality and together with the government start promoting co-housing options. What we’re currently witnessing is that everyone is brushing the dirt under the rug and preferring to anticipate more babies, when what we’re really giving birth to, as a society, is millions of eventually aging citizens who may not have anyone to care for them.

I’m in my mid 30s and my husband is in his early 40s. Even if we did want children, we would not be able to afford them. If you consider that most of my friends who went to university are currently in the same predicament as we are (long periods of unemployment, low-paid jobs and therefore no stability) … how can we look after the elderly? I’ll still have a mortgage to pay when I get to the age of 70. My mother was financially independent in her 30s and retired at 55. My friends who have stable jobs barely make it to the end of the month with money in the bank, thanks to the high cost of living. How can my generation, and the one that’s right behind, care for the elderly when they have to work to survive? (Not to get rich… to survive). Most countries support parents with children to raise. But for adults who need to support their parents, there is no such assistance.

Many of the elderly continue to enjoy their lives into their 90s. I know many who do and who don’t expect to live with their respective families. But even they are not really planning for the day when they can no longer be independent. I am sure these elderly would, if only there were choices presented to them.

There are currently only two senior villages (as we call them) in my country, where the elderly can still have their own homes, cook, clean and have assisted care if they need to. The advantage is that they can have their family over to visit anytime, unlike what happens in care homes. Unfortunately no other projects have emerged. Wouldn’t this be good for the economy? It could create jobs. Healthier people in old age have fewer health issues and are less of a burden on national health, surely? Plus, their children are free to pursue their lives.

I can’t imagine anything more unethical than expecting people to breed for the sake of economics and to ensure their own care in old age. 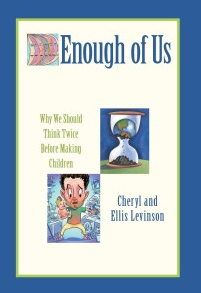